Here is a repost of the images.  I changed image hosting sites due to multiple issues.

Below is a photo of the top of the pedal. 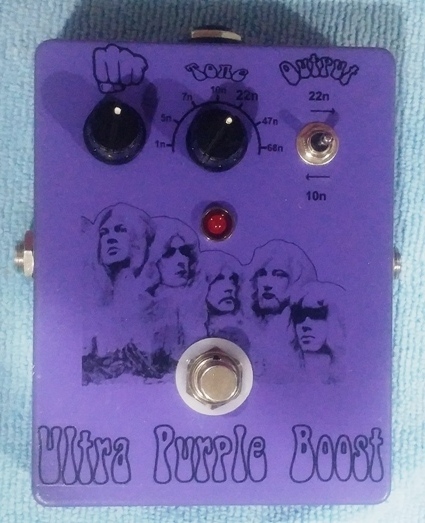 Below is a gutshot. 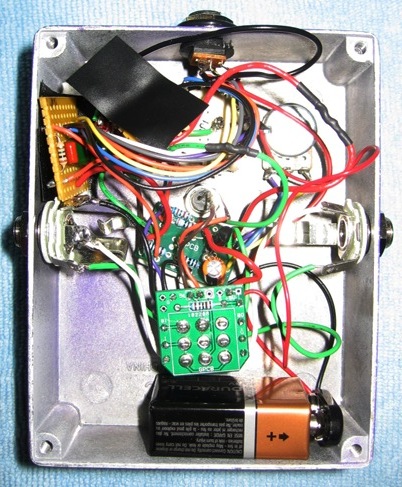 Below is the basic circuit, although I used slightly different input cap values and a 1M pot for the boost control as it was what I had laying around (would have used a 500K instead).  Also I later changed out the transistor from an approximately 180 HFE 2N3904 to a similar gain S9013 because the 3904’s I tried I found radio interference in the background when I cranked things up.  The S9013 and other transistors I tried didn’t have the radio interference for some reason.  The PNP transistor in the original positive grounded circuit was 2N4081 that had gains around 90-330 HFE, so anything in that range should work. 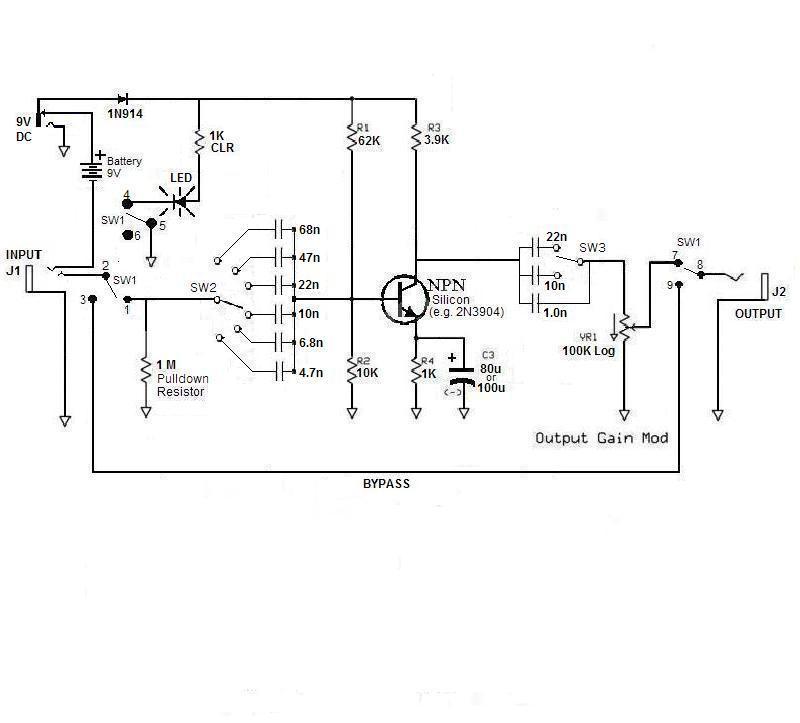 Join Waitlist We will inform you when the product arrives in stock. Please leave your valid email address below.
×
×